On May 24, 2022, at 4:30 p.m., Xiaomi will be revealing a whole host of new products (IST). The Redmi Note 11T series of smartphones as well as the Mi Band 7 fitness band will be the focus of attention during this event. The phones will be 5G-ready and have “flagship-grade” LCD screens and three cameras on the back. The new wearable device would be equipped with an AMOLED fascia as well as a SpO2 tracker. On the Chinese platform for microblogging known as Weibo, the company behind the brand has revealed information regarding its forthcoming product launch.

It is anticipated that both of the Redmi Note 11T Pro phones will come equipped with a 6.6-inch FHD+ 144Hz IPS LCD display. They might feature a fingerprint scanner attached to the side of the device. If you unlock the cellphone, you will most likely find that it is running MIUI based on Android 12.

There is some speculation that the underlying processor will be a MediaTek Dimensity 8100. According to the leaks, the Pro One would most likely use the same chipset as well.

On the back of both phones, there are rumors that there will be three cameras, with the main camera having a resolution of 64 megapixels.

The smartphones are also rumored to include VC liquid cooling, a 5000 mAh battery, 67W fast charging, a 3.5 mm headphone port, Dolby Vision, Dolby Atmos, and dual stereo speakers. These are just some of the rumors that have been circulating about the gadgets.

Specifications and functions of the Xiaomi Mi Band 7 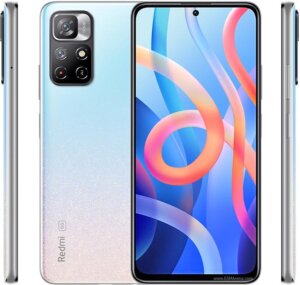 An image that appears to be a poster for the Mi Band 7 has been uncovered online. According to the image, the fitness watch will have a 1.56-inch AMOLED display with a resolution of 490×192, a SpO2 tracker, and a battery that has a capacity of 250 mAh. It will cost CNY 269.

In the days running up to the launch, we will keep you updated on any more information that we come across. On the other hand, if you are interested in the devices, you should be aware that you can pre-reserve them on the mi.com website.