I love Instagram stories feature because it allows me to write about my day and share my strange thoughts and hilarious memes and clips. It makes no difference if it is of high quality or poor quality because the story will only be available for a period of one day.

It’s rumored that Instagram is now experimenting with a new feature that will change the way Instagram stories work. When a user posts a lot of stories, this new story layout will hide them from view. With the new version, you’ll only be able to see three stories at a time before moving on to the stories of the next person.

First spotted by Phil Ricelle, a Brazilian Instagram user, via a Tweet, this new feature was seen by a lot of people. The new Instagram Stories layout may be seen in the tweet, which includes a screenshot. He also demonstrated a new ‘Show All’ option next to the user profile. Instagram is testing a new feature that restricts the number of stories a user can post to three and hides the rest. It is possible to view all stories again by using the ‘Show All’ option. 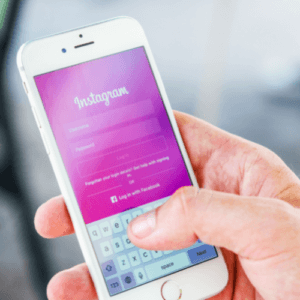 After a 24-hour period, the stories are deleted from the user’s feed and can not be seen again. Users may be testing out the new function to lessen the pressure of having to read multiple stories at once. Users may benefit from the new feature because it will allow them to spend less time on one profile and more time connecting with others. Views from the fourth story and upwards will be restricted if this feature is implemented. However, influencers who rely on stories to engage with their audience may not like this.

The influencer community’s favorite formats, such as Ask Me Anything and lengthy sponsorship stories, may be affected by this move. To get some relief, the ‘Show All’ button can be used, but influencers must encourage their followers to do so. If nothing else, this could be a welcome break from having to sit through dozens of stories by the same person, allowing them to see more from different people.

Most users haven’t received the supposedly updated version. It’s possible that Instagram is still running tests on select users and won’t make the function available to everyone at once.